WWE Wrestle Mania 35 is getting closer: Next Sunday, April 7, 2019, the biggest WWE show of the year is coming up. In the main fight of the show are women for the first time: WWE announced two weeks before the event officially that the match between Ronda Rousey, Becky Lynch, and Charlotte Flair will conclude the event.

Both women’s league titles will be at stake, both Rousey’s RAW belt and the SmackDown title, which Charlotte has won from Asuka just before WrestleMania. The winner of the match will win both belts – “Winner Takes All”.

Here you will get Wrestlemania Live Online Time, location and Venue:

– Which matches are known?

– What about John Cena?

According to the Wrestling Observer, WWE has planned another match with the previously unannounced John Cena fix. The opponent is unknown, hot candidate: freshman Lars Sullivan.

Will the Undertaker be there?

Uncertain. The Undertaker recently caused a sensation by removing the word “WWE Superstar” from its social media profiles and promising a fan convention that takes place the same day and in the same place as the new league AEW debut show. 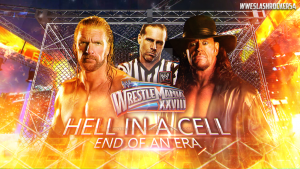 Until recently, Wrestling Observer reports, there would have been no WrestleMania plans for Undertaker – but the Undertaker flirtation with AEW would have brought new momentum to the matter. For a short time, it was also under discussion to let Undertaker compete against his old rival Batista.

Where is WrestleMania 35 going?

WrestleMania is rising at MetLife Stadium in East Rutherford, New York. The home base of the New York Giants and Jets from the NFL already housed WrestleMania 29 in 2013, where it took just over 80,000 fans according to official figures.

What other events are there on the WrestleMania weekend?

From WWE side: The big Fanfest Axxess, as well as the usual Anheizer events: A TakeOver event of the NXT squad on April 5 and the Hall of Fame ceremony on April 6, as newcomers to the Hall of Fame The D-Generation X, the Honky Tonk Man, Torrie Wilson, Harlem Heat (Booker T and Stevie Ray), Brutus’s “The Barber” Beefcake (introduced by Hulk Hogan) and the original Hart Foundation (Bret Hart and Jim Neidhart) have been confirmed ,

Numerous other leagues are also hosting shows in the New York area at the WrestleMania weekend, the biggest being the G1 Supercard on April 6 at the sold-out Madison Square Garden, a co-production of US Ring of Honor and Japan’s NJPW. The German league wXw is also represented in New York.

– When and where is WrestleMania live on TV and Stream?

WrestleMania’s kickoff show with the first matches starts on Sunday, April 7, at 11:00 pm German time, the main show at 1:00 am. WrestleMania is on Sky Select and on the WWE Network streaming portal.