Soumya Sarkar is an international Bangladesh National team professional cricketer. His height is 6 feet 0 inches. Soumya has played the first test cricket of his life on 28 April 2015 against Pakistan team and last test match has played 27 August 2017 against Australia team.

And his test team cap no.76. Besides, his first ODI or One Day International cricket has played on 1 December 2014 against Zimbabwe as a beginner and cap number 115.

Here, the user can get Soumya Sarkar of batting and bowling average, height, family background, personal life, girlfriends, wife, education and also more. In fact, he is a left-handed of the Bangladesh cricket team

In fact, his batting system is the left-handed batsman and also bowling style right-arm medium-fast bowler. He was born on 25 February in 1993.

Cricketer Soumya holds the record along with Mohammad Kaif and Umar Akmal for taking the most number of catches in the World Cup match. In fact, he was born in Satkhira District. Soumya represented Bangladesh team in the Cricket World Cup 2015.

Soumya was named in the ICC Cricket World Cup 2019 teams of Bangladesh 15-man squads as an opening batsman. 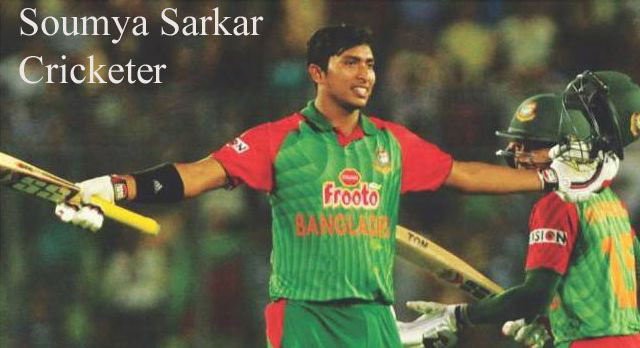 At last, any user can get this site more cricketer profiles and sports news details of the world. We expected that you have got more information about opening batsman Soumya Sarkar details. If you think any information to give mistake, therefore, comment us below. We will try to feedback your comment on the expected information.