Mahmudullah Riyad is an international professional Bangladesh team National team cricketer. His height is 5 feet 11 inches. Anyway, He has played first test cricket of his life on 9-13 July 2009 against West Indies team and last test match has played 28 September 2017 against South Africa.

Here, any user can get Mahmudullah of batting and bowling average, height, pictures, personal life, girlfriends, wife, age and also more. In truth, he is a batsman and all-rounder of the Bangladesh cricket team

In fact, his batting system is the Right-handed batsman and also bowling style Right-arm off-break. He was born on 4 February in 1986.

Also, Mahmudullah scored a century against New Zealand team for the semi-final in the match he along with Shakib Al Hasan record for the highest 5th wicket partnership and it is the best partnership in the ICC Champions Trophy 2017.

Riyad has played a very good team against Sri Lanka team in the Here Nid Has Trophy 2018. Bangladesh won the team in 2 wickets he scored 43 not out with the good career.

He joined to play Asia Cup 2018 in the 15-man squad. And, he played the West Indies tour and It’s first ODI started on 9 December 2018 these West Indies team captained Mashrafe Mortaza.

Cricketer Mahmudullah is an Icon cricketer of Khulna Titans team. He is playing the team 2016-present.

He was one of the best ten cricketers to be awarded a central deal by the BCB ahead of the 2018 season in April 2018. He earned World Cup 2015 first century as a Bangladeshi cricketer against England on 9 March 2015. 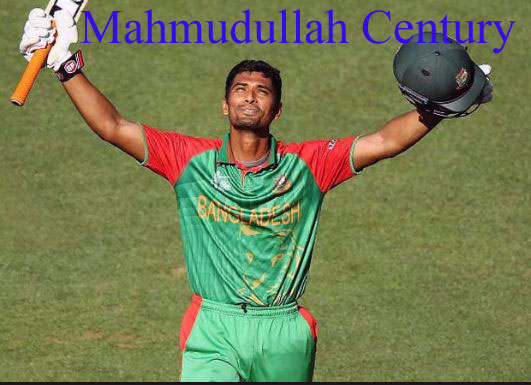 At last, the user can get this site more cricketer profiles and sports news, schedule details of the whole world. I feel that you have got more information about cricketer Mahmudullah Riyad all-rounder details.

If you think any information to give mistake so, comment us below anytime. We will try to feedback on your comment of information.