Aldo Corzo is an international Peruvian footballer. He was born on 20 May 1989 and his birthplace Lima, Peru. Corzo has played in the Alianza Lima, Universidad San Martin, Deportivo Municipal, Universitario club, and Peruvian football team.

Generally, his playing position is the full-back. His height is 5 feet 7 ½ inches. His full name is Aldo Sebastian Corzo Chavez.

Corzo has joined Alianza Lima after playing for the club de Regatas Lima when Jaime Duarte saw him. In 2008, he promoted to the first team by Richard Paez.

After, he signed a two years deal for Universidad San Martin de Porres on 7 January 2010. Presently, he is playing the Universitario team from 2017.

In fact, Corzo has played in the Peru under-20 team and played South American Youth Championship 2009, being eliminated firstly by losing 4 matches. He was called to the Peru senior team squad by then coach Jose Chemo del Solar to play a friendly match with El Salvador losing 1-0 on 2 February 2009.

Afterward, he played the full match against Senegal which finished in a 1-0 win in favor of Peru team. 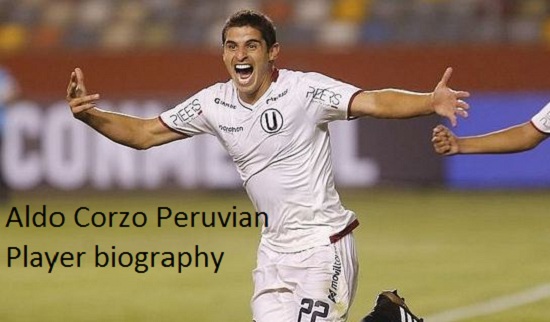 Footballer Corzo made his Copa America debut by opening against Chile team in the group stages in 2011. He helped Peru claim the Bronze medal by winning the team 4-1 in the end.

Footballer Corzo was named in the Copa America 2019 as a Defender of the team. And as a Goalkeeper has selected Pedro Gallese.

From February 2020 all sports was stopped for covid-19 but, now already started in July 2020 all football league.